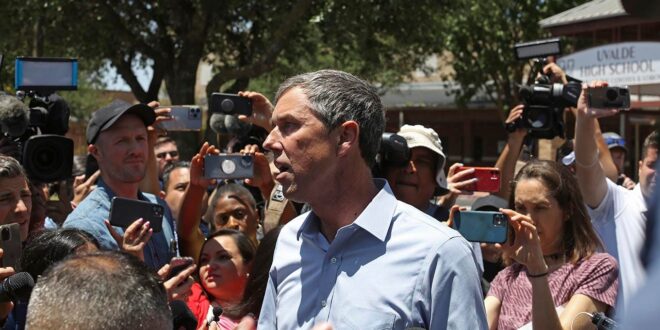 Texas gubernatorial candidate Beto O’Rourke, an underdog trying to unseat incumbent Republican Governor Gregg Abbott, will return to the campaign trail on Friday after being diagnosed with a bacterial infection three days ago.

The former El Paso Congressman is hosting an event at the Laredo Firefighters Union Hall as part of his “Drive for Texas” campaign, in which he aims to travel 5,600 miles and visit 75 communities throughout the state.

O’Rourke lost to Republican Sen. Ted Cruz in the 2018 Senate election before launching a failed bid for presidency in 2020.

He received antibiotics at a hospital in San Antonio on Sunday and has been hosting virtual events this week before getting back on the trail for in-person events.

O’Rourke has sought to make gun control a key issue in the race against Abbott following the Robb Elementary School shooting in Uvalde, Texas, which left 19 children and two teachers dead.

A Real Clear Politics average of recent polls gives Abbott a 6.8-percentage-point lead over O’Rourke about two months out from the election.