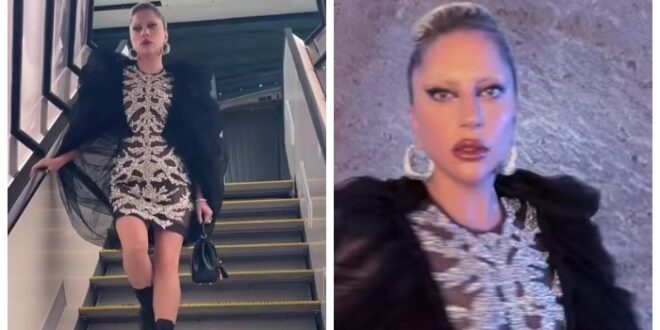 Pop music sensation Lady Gaga has just raised the temperature on the internet with her gorgeous new sartorial statement.

The Shallow singer, 36,  is currently touring the world with her Chromatica Ball tour and is constantly keeping her fans entertained with new clips from her time in Tokyo.

In a new clip, the songstress, 36, sipped an iced coffee in sweats on a private jet before deplaning in a glamorous outfit.

Later the Poker Face crooner could be seen walking down the steps of the plane in towering black lace-up platform heels.

Gaga wore a sheer black dress with a bedazzled, skeleton-like appliqué along the front.

Recently, Gaga has been confirmed to play Harley Quinn opposite Joaquin Phoenix in the Joker sequel, Joker: Folie à Deux.