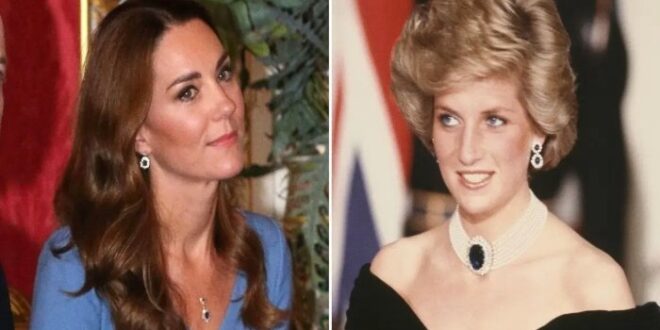 Kate Middleton has maintained her individual image as a member of the royal family despite being compared with other royal personalities.

The secret behind her success has been revealed by the royal experts, who believe that Kate has secured her own identity because she never tried to be like Princess Diana.

The Duchess, who has been compared to her mother-in-law by the media due to her fashion choices, has followed Diana’s footsteps while taking decisions for the family. But, she has never let her legacy overshadow her individuality.

Katie Nicholl, the royal correspondent for Vanity Fair, spoke to 9Honey and said, “I think one of the great strengths of Kate, and one of her real successes, is that she hasn’t followed in Diana’s footsteps.”

“I don’t think she seeks to emulate Diana,” she added.

“I think she was so aware of the comparison right from the outset, but despite the weight of that engagement ring on her finger, and the significance that that holds and the comparisons it inevitably draws, she is actually a very different woman,” the journalist explained.

“Her success has been in carving her own identity in the royal family as the Duchess of Cambridge and making that role herself,” said Nicholl.

The writer also praised Kate for paying a respectful nod to Diana on several occasions including in her fashion choices and raising the royal children in similar way.